YouTube Trends in Japan and Everything Marketers Should Know

YouTube has emerged as a leading media platform in Japan and continues to gain in popularity. A close look at trends around YouTube shows that it has penetrated all four corners of the globe.

It’s also the favored media of the younger generation, who are no longer watching content through traditional media such as television but demanding flexible content that’s precisely targeted to their interests and which they can view on the go.

In this article, we take a look at how marketers can master the Japanese YouTube market and make it work for them through targeted and effective advertising.

YouTube is a leading platform for watching videos, particularly for younger audiences.

This is a pattern that can be seen worldwide. Stats gathered by social media management platform Hootsuite illustrate this clearly. Some highlights: 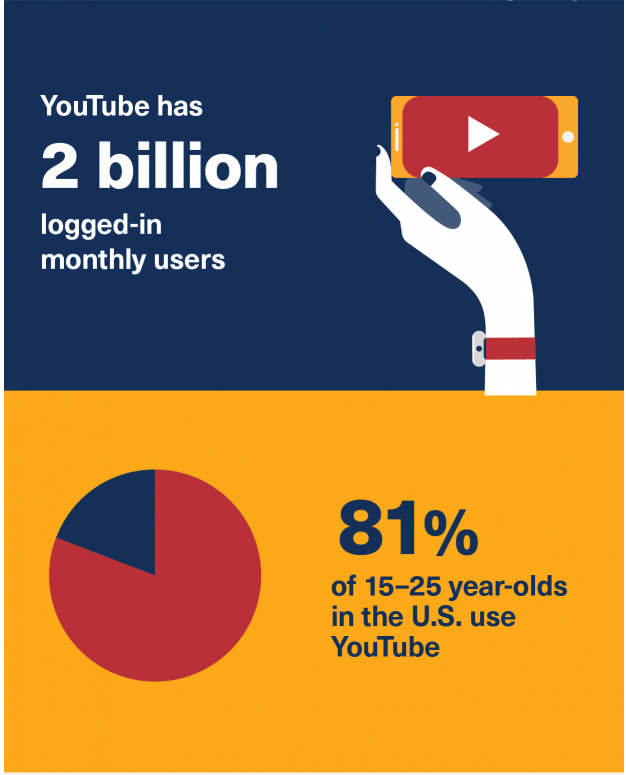 Not only is YouTube used for leisure, but it’s also a vital part of research when consumers are in the purchasing process.

And users are discriminated against in what they watch. Content must be geared to individuals’ interests to get views.

More than just a platform for entertainment, YouTube has become a part of life for many.

Let’s take a look at some more stats published by YouTube to get the picture from around the globe.

Watching YouTube on a static device is a thing of the past. Over 70 percent of watch time is now on mobile devices.

These billions of views take place worldwide — there are local versions of YouTube in over 100 countries around the world and the platform operates in 80 languages and 91 countries.

And what about audience geography? The Hootsuite stats referred to earlier tell us that the largest proportion of YouTube traffic by country is from the United States at 14.8 percent. It’s followed by 8.1 percent in India and 4.6 percent in Japan, showing its popularity in the APAC region.

YouTube is a truly global phenomenon, reaching an astounding proportion of people on the planet and all age groups, especially the young, and embracing many world cultures and languages.

According to a recent survey, YouTube is the most popular free online video platform in Japan with 98 percent of respondents using it. Japanese platform Niconico took second place — but with only 27.8 percent of those surveyed saying they used it, it lagged a long way behind.

This statistic alone gives you some idea of YouTube’s influence in a country of over 126 million people, the 11th most populous country in the world.

And 35 percent of Japan’s population — that’s 45 million people — view YouTube every month via their smartphone.

And Statista tells us that YouTube has a penetration rate of more than 91 percent in relation to young people in the 13 to 29 age bracket, although this rate declines to around 41 percent when it comes to people in their 60s.

In terms of commercial value, the amount of small and medium-sized businesses that advertise on YouTube has doubled in the last few years.

It’s clear that there’s a willing audience out there, receptive to advertising messages through their favorite medium of YouTube.

For marketers, knowing which YouTube channels are the most popular is the first step in creating a successful advertising campaign.

According to Statista, the Japanese entertainment conglomerate Avex Group Holdings Inc. is the most popular domestic YouTube channel in the country, boasting around 7.8 billion views of its videos for 2020.

The company represents stars such as singer-songwriter Ayumi Hamasaki, the best-selling Japanese solo artist ever, and singer and comedian Pikotaro.

Coming in second is YouTuber Hajime Syacho with 6.8 billion views, while ranking third is Hikakin TV, the channel of YouTuber and entertainer Hikaru Kaihatsu, with 6.57 billion views.

You can see that these statistics bear out what we learned earlier — that the most popular YouTube channels command a large proportion of total views.

It’s clear that YouTube is highly influential in Japan in terms of video views, and above all, touches a young audience.

How you can target YouTube ads to grow your business

Mastering YouTube ads is crucial for anyone wanting to break into the Japanese market, particularly if their product is geared toward the younger generation.

What’s great about YouTube ads is that they can be targeted precisely to your audience. One of the first things you will want to do when using YouTube ads is to target your ad according to the device. So, to capture the young generation, you can set your ad to mobile.

Targeting also lets you filter by location, whether that’s by country, city, or even smaller areas connected to a specific location.

With demographics, you can target more than just an age group or gender. You can also target a group by household income, language, and even parental status.

Earlier in the article, we saw that a viewer’s personal interests are an important factor when choosing what to watch. Given this, you can target your YouTube ad to reach people by their topics of interest.

You can also place your ad on specific YouTube channels, as well as target your ad according to keywords and topics, matching it to people searching for specific items.

As you can see, YouTube ads are an extremely flexible and readily adaptable system for precision targeting of your desired audience.

It’s not hard to understand why YouTube — especially viewed via smartphone — is the modern-day equivalent of watching television, and why advertisers need to bear this in mind.

With 35 percent of Japan’s population viewing YouTube videos every month on their phones and content so readily available anywhere you are, it’s no wonder that advertising needs to move with its audience.

Given the phenomenal popularity of YouTube in Japan, it’s the clear winner when it comes to investing your advertising budget for a great return.  As well as being the platform of the moment, it’s the platform of the future and the younger generation. In a survey of elementary school-aged children, the number-one aspirational occupation for boys was quoted as YouTube Star (YouTuber). It ranked number 16 for girls, and in second place overall.  Combine YouTube’s phenomenal popularity in Japan with the flexibility and targeted nature of its ads, and you have a winning formula to gain audiences and businesses from this rich and vibrant market.

To learn more about advertising on YouTube in Japan, please feel free to contact us at Principle.