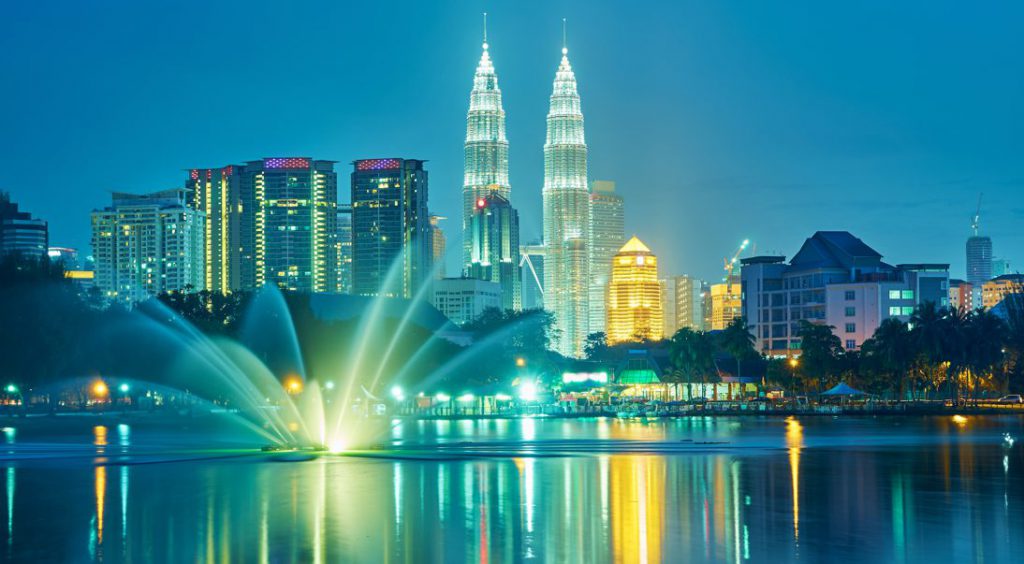 Malaysia’s GDP has expanded rapidly in recent years, after relatively steady growth through the second half of the 20th century. As of 2019, the GDP of the Southeast Asian nation was $364.7 billion, marking a full recovery following a slight but abrupt downturn across the region in 2015 and 2016.

Compare this to Malaysia’s GDP back in 2000 — which was below $94 billion — and you can see how the economy has rallied in the first two decades of the 21st century. While Malaysia still lags behind the likes of Thailand as one of the economic powerhouses of the region, this is still a very healthy place indeed to do business, especially when it comes to digital marketing. 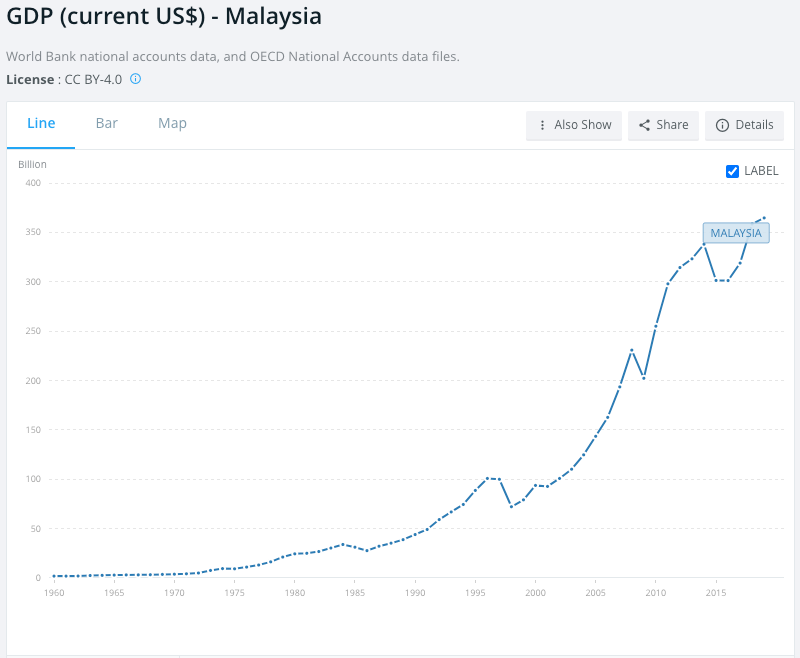 This increase has coincided with growing urbanization among the population in Malaysia. In 2000, around 62% of Malaysia’s population lived in urban areas. This has grown to 78% in 2020, which sees 25.4 million Malaysians living in urban centers. Of these people, just under 3 million live in the two biggest population hubs of Kota Bharu and Kuala Lumpur — two of the most important centers of commerce in Southeast Asia.

Urbanization has led to increased internet-literacy among the population and has spurred Malaysia’s burgeoning digital economy forward. Development in recent years has set the scene for digital marketing opportunities in this part of Southeast Asia.

Image via The World Bank and DoingBusiness.org

There are several different indicators that make doing business in Malaysia a good idea. These include:

However, there are a few challenges that will need to be overcome:

These statistics underline just how fruitful the right digital marketing strategy can be in Malaysia.

So what exactly does this strategy look like? Here a few key trends to be aware of:

All of this data puts the Malaysian market in a very interesting light. There are undoubtedly many opportunities for businesses to achieve heavy market penetration with digital marketing strategies in the Southeast Asian country, and there is a growing level of interest in digital commerce and other services among the population.

It looks certain that businesses seeking to pursue these channels in the Malaysian market will find themselves well supported by the national government. Malaysian authorities are well aware of the power that digital can provide in both job creation and developing a more agile economy, and they have identified marketing as one of the key areas for development.

The Digital Experience in Malaysia

Social media is always a key aspect of digital marketing, and Malaysia is no exception. Several social networking sites (SNS) enjoy high levels of user engagement in Malaysia, and digital marketers need to be aware of the opportunities these channels provide. 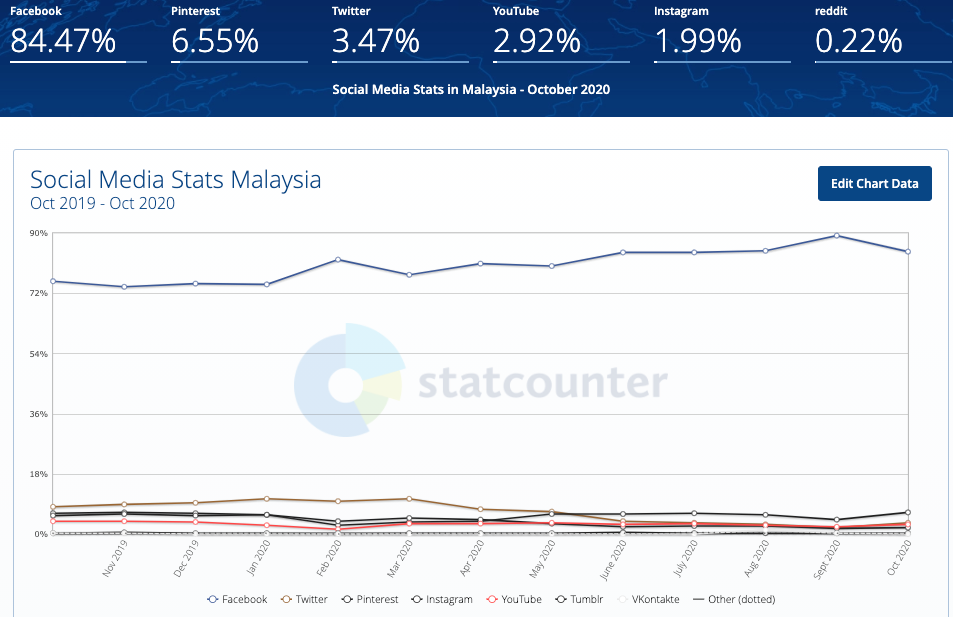 Of course, digital marketers need to support their social media efforts with a well-developed organic search and paid search advertising approach. Given that Malaysia is an increasingly web-literate nation, search engines provide important conduits for Malaysians seeking to stay informed, broaden their horizons, and make purchases. 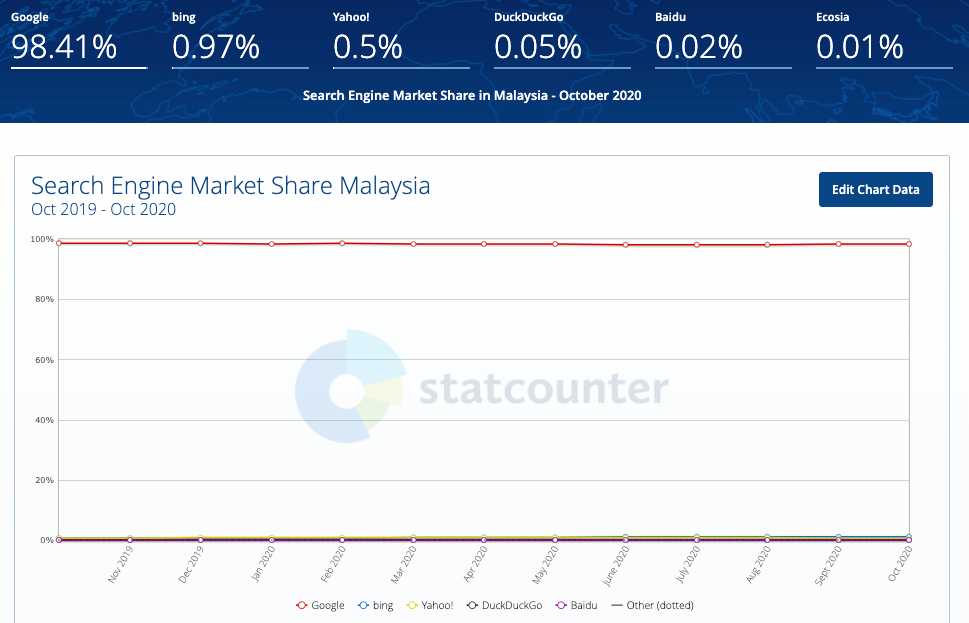 Messaging and chat apps are another channel that digital marketers need to be exploring, particularly with increasing smartphone penetration throughout the country. Malaysia’s top chat apps include a mixture of those that will be familiar to the western market, alongside those better known in Asia.

Digital advertising is a growing market in Malaysia, with spending expected to hit $523 million in 2020, representing a year-on-year increase of 2.1%. During this period, average ad spending per internet user actually decreased by 2.7% to $17.17, although this has been influenced by temporary factors such as COVID-19.

To discover more about achieving digital marketing success in Malaysia and across Southeast Asia, reach out to the team at Principle today.