How we improved conversions with Google Ads automated bidding

To begin with; Google Ads automated bidding is nice, but sometimes it can cause some devastating results. In this article, I would like to share my story of how things went down the hill, and how I recovered from it afterward. Since what caused such a disaster is rather a simple mistake, this article is for someone who has never used Google Ads automated bidding strategies.

In this article, I am not trying to persuade anyone that Maximize conversion bidding is better than Target CPA bidding. Rather, I would like to share the story of how I failed with the bid strategy in the hope of preventing others from having terrible experiences like mine.

The result – The following figure shows the comparison of three weeks span before and after the strategy change was applied.

Causes of the failure:

There are two main factors that triggered my unfortunate event.

I will explain each one with details.

1. The campaign consisted of too many ad groups.

Back at the time, the campaign I applied the bid strategy change had more than 100 ad groups. Those groups were created based on:

The figure below describes the spread of impressions, conversions, and costs respectively among all ad groups in the campaign before the strategy change. (each bar represents an ad group)

The one below is after the change to Target CPA bidding was applied. 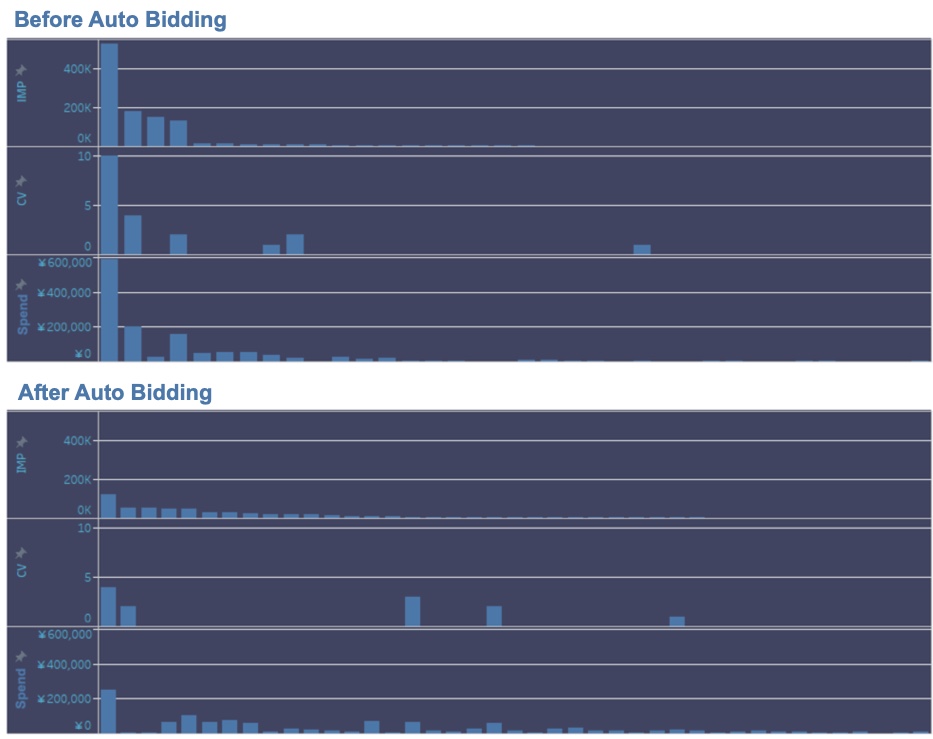 As we can see, several ad groups had significantly more impressions than others before the change. After the change was applied, impressions were spread broadly to all ad groups, even to the ones that weren’t performing well before. As a result, we achieved some conversions from the ad groups that weren’t getting any, but the overall performance of the campaign declined, as stated before.

After this problem, I restructured the campaign with much fewer ad groups with only keywords that were performing well. At the end, more than 100 ad groups existed were reorganized down to five groups.

2. The campaign did not have enough conversions achieved before the strategy change.

Google often states that “it is strongly recommended to have ___ many conversions per month for the automated bidding to work properly.” Though the campaign met such a condition before I applied the bid strategy change, it’s quite possible that the campaign didn’t generate enough conversions beforehand.

Since I thought that acquiring enough conversions is necessary for Target CPA bidding to work efficiently, I applied Maximize conversions bidding after I shrank the campaign size to five ad groups. The summary of the comparison of three weeks span before and after the change is the following.

Now, this is more like what I wanted to see in the first place. What was interesting was that with one group, though the spend went down, the number of impressions increased significantly. In fact, there were only four keywords associated with this group; one broad match and three exact matches.

The CPC for each keyword used to be more than 100 JPY, each one went down to between 70 and 90 JPY. Looking at the impressions, all exact match keywords greatly improved. By optimizing the time, devices, and all other targeting with automation, the reach has extended. As a consequence, the ad group acquired more conversions and therefore, the CPA lowered accordingly.

Which automated bidding strategy should be applied:

This time, by choosing to maximize conversions bidding strategy after reorganizing the campaign worked really well.

However, it is obviously not always the case. I had another experience that the CPA grew after I changed to Maximize conversions strategy.

After all, there is no right answer to this question. If you have no clue which automated bidding is suitable for your situation, it might be a good idea to consult Google Ads’ “Recommendations.” Though if you decided to go with what’s recommended, you need to keep your eyes on the account and check the performance frequently until you can guarantee that everything is under control.

No matter how useful automated bidding strategies become, it is important for ad publishers to operate PDCA, or also known as the “Shewhart cycle.”

Automated bidding can only come into the place of “do,” and the rest is up to the humans to determine. Thus, what is important is neither fully depending on the automated bidding nor completely reject it, but adapt such strategies wisely into the above cycle of marketing stages.

Do you need support for your digital advertising campaigns? 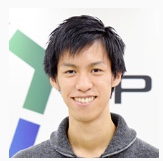