Introduction
We all want to see a great outcome when we run Google Ads. Changing the bid strategy from ECPC (Enhanced cost-per-click) to one of the smart bidding strategies that Google Ads suggests, can dramatically improve the performance of your account. Before you apply such a change, you may wish to test and see how such a change can affect the outcome.

The great news is, we can actually test our hypothesis of the bidding strategy change if we use the “drafts and experiments” feature.

The campaign drafts setting lets you create a copy of your existing campaign, and you can apply any kind of changes to it without affecting the original one. After you make changes, you can choose to overwrite the original campaign, but obviously this doesn’t serve any good purpose unless you get to test it in some way.

The draft campaign can be tested through the campaign experiments feature using a part of the budget allocated to the original campaign (you have a choice to decide how much you want to spend on the draft).

While you are running the experiments, ads from both the original campaign and the experiment appear throughout the web using the set budget. In other words, using the drafts and experiments, you can perform the A/B testing on an ads campaign to analyze the performance.

How to use the feature to change the bidding strategy smoothly
To begin, click where it says “Drafts & experiments,” and click the ⊕ sign on the top left of your screen to create a new draft for the selected campaign. 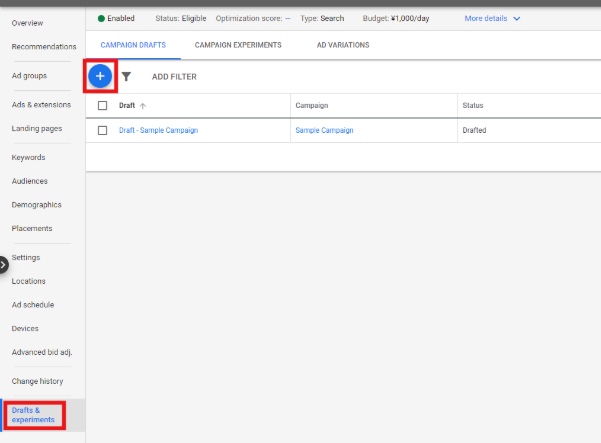 As you create it, you are already in the setting of the draft you just created (it should say “All campaigns > Drafts > {Name of the draft you created}” on top). Here, you can make all sorts of changes, just like a regular campaign. Let’s go ahead and change the bidding under settings to Target CPA.

Since this is the only change we are applying this time, we are now ready to bring the draft to live. From the interface of the draft, click “Drafts & experiments” one more time. This will take you to the experiment setting page of this particular draft. Click ⊕ to create the experiment.

The six items you are asked to determine are:

The experiment split options let you choose to perform the A/B test based on whether each search users make (search-based) or each user’s cookie (cookie-based).

Since the automated bidding takes a few weeks to learn the optimization, it is a good idea to prepare at least one month to run the experiment. If the result comes stable in the early stage, you can always choose to end the experiment.

It is also suggested to keep the experiment split to be between 20% and 30%, especially the budget of the original campaign is large. This way, you can reduce the damage caused by the learning stage of Target CPA. Though it is totally up to you how much you want to dedicate to the experiment, keep in mind that this setting cannot be changed while the experiment is running.

Once all settings look good, turn on the experiment.

While the experiment is on, it appears on the list of all campaigns. Experiment campaigns are shown with green beaker icons, so it’s easy to distinguish from the actual campaigns.

If you are satisfied with the result of the experiment, click “APPLY” to either update the original campaign or convert it to a new campaign. That completes the transition to another bidding strategy using the drafts and experiments.

The benefit of using the drafts and experiments
The nicest thing about using this feature to change the bidding strategy is that you don’t have to go through the learning phase of the automated bidding after you apply the experiment.

Often times, the shift to automated bidding can bring some unpredictably negative performance for the first few weeks, and that’s usually the concern we all have. However, by setting the experiment split to be fairly low, you can let it go through the learning phase with minimal damage. When everything looks good, you can run it at full throttle.

Things to be careful with the drafts and experiments
Though this feature is quite convenient to test the changes you are thinking to apply to a campaign, there are a few things to keep in mind.

First, the feature is only available for search and display campaigns as of November 2019. Thus, you cannot use any other campaign types such as shopping, video, app promotion, etc.

Lastly, some of the reports and analytics you can see in a campaign are not available for drafts and testing. The list below is directly taken from the Google Ads Help page (https://support.google.com/google-ads/answer/6318732).

Features and reports that aren’t available for drafts

Features that aren’t supported by experiments

In summary
Although there are some minor caveats to consider, the drafts and experiments feature is extremely useful when you want to test a few changes in a campaign. Especially when you are trying to shift to automated biddings such as Target CPA or Target ROAS, why not use this feature to minimize the pain of spending too much for the learning phase? If you haven’t used it, give it a shot next time you change the bid strategy, or any other campaign settings you want to test beforehand. 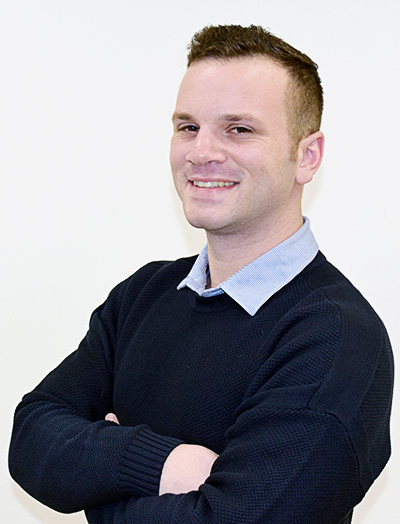